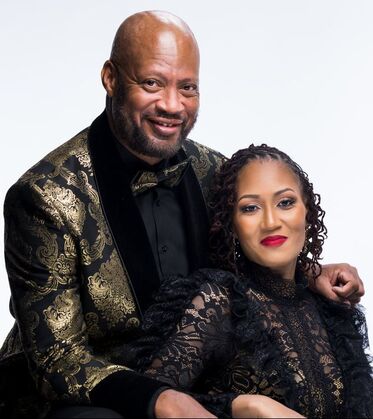 ​Reverend Kenneth W. Smith’s life began in a small rural town called Hurtsboro, AL where he resided until graduation from Russell High School. He continued his civilian education and graduated from Faulkner University in Montgomery, AL with a degree in Business Administration. He served in and retired from the United States Armed Forces after twenty-one years of service at the rank of Captain. While serving, he graduated from Command and General Staff College in 2004 and received 2 ARCOM badges.

He accepted his call to ministry in February 1999. He began to pastor in August 2004. His prior appointments are Saint James (Jasper)-2004, Mount Ararat (Alexandria)-2010, Star of Bethlehem (Moundville)-2013 and Emory Chapel (Aliceville)-2017. He is presently serving as pastor of Trinity CME Church -Uptown in Birmingham, AL-2018. He received the Pastor of the Month Award from 105.5 FM (Birmingham, AL). He received the 2008-09 Model Minister of the Year Award for the Anniston District of the Birmingham Region of the CME Church. In March 2013, he organized an 18-mile cancer walk with the American Cancer Society, which later led to him later receiving the 2013 Life Inspiration Award from the American Cancer Society. He served as Statistician for the Birmingham Region from 2009 to 2013 when he was transferred to the North Central Alabama Region.

In July 2016, he began an online fitness ministry called Fitbit-ting and Determined, which has members from Massachusetts to Hawaii. The ministry’s membership has increased by seven times since its inception. This ministry inspired him to begin his own business, FITT with Ken, in 2016 where he provides personal training to fitness clients.

He is a cancer survivor who believes God to be on his side at all times and has enabled him to overcome many obstacles and challenges.

He is affiliated with the Gospel Jubilees of Birmingham, Alpha Phi Alpha Fraternity, Inc., American Cancer Society, and the Sickle Cell Foundation.

​He is happily married to the former Jessimene Woods of Birmingham, AL. They have four children and three grandchildren-three daughters, one son, two granddaughters and one grandson: Jessica, Kendal, Kirsten, Kenneth II (KJ), Kadence, Kori and Kreed.